Home » Arts Courses » Our Instructors
Quick Links to our instructors. 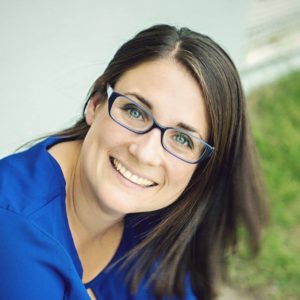 Charlotte instructs the CIAS courses: Pick Up the Pen and Weaving Words – A Writers’ Workshop 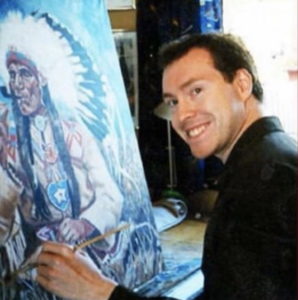 Scot Paisley spent his childhood avidly drawing. He likes to believe that genetics plays a part in his artistic talents as his father and two uncles are professional artists. He is the nephew and student of famed western artist, Harley Brown.

Scot earned a four-year diploma in Visual Communications and a Bachelor of Fine Arts at the Alberta University of Arts. His passion is painting human character studies in an impressionistic style, exploring the human condition through body language, facial expression, gesture, brush stroke and colour. In 2009, Scot painted a portrait of Michelle Krsek – the young girl killed by falling construction debris and organized “Auction For An Angel” to help the family.

Scot has taught students of all ages and instructed for The Alberta University of the Arts, Rundle College, Rundle Academy, North Point School for Boys, Leighton Art Centre and the Town of Cochrane. He is currently teaching college level art and design courses for the Visual College of Art and Design (VCAD.)

Scot teaches a variety of mediums including acrylic, watercolour, coloured pencil, pencil, and subjects, such as landscape, portraiture, sculpture, among others. 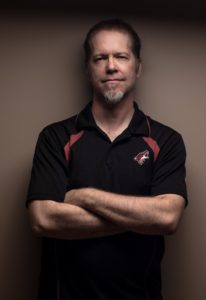 David has been a passionate professional photographer for over twenty years. Excelling at visual storytelling and exploring the media, David’s passion is evident by how he treats each shoot and each client. Born and raised in Alberta he has traveled the world taking pictures in places like Egypt, Stockholm and the Caribbean. Photography is an adventure and constantly a source of inspiration and love. He works with every level of photographer and model and has been a local business in Calgary for over ten years.

David instructs the CIAS courses: Beginner Photography – Do Not Fear the M and Beginner Composition: Seeing the Big Picture 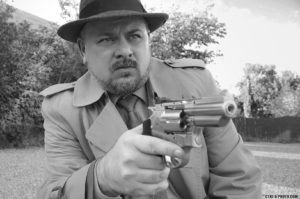 Garry is an actor, producer and writer. Starting as a background actor in 2011, Garry has worked his way to leading roles in multiple independent projects as well as principal roles on major television shows. In 2014 he earned his first major television credit on season one of Wynonna Earp. His more recent accomplishment is a principal role on the pilot episode of The Secret History of the Wild West, airing on APTN.

Right around the same time as Wynonna Earp, Garry delved into creating his own content by writing and producing his own short films. His most recent project was a multi-award-winning short horror film titled Yard Sale. The film earned multiple best suspense/horror wins and a best actor nomination. Garry has also created his own YouTube talk show titled Talent Talk. Talent Talk is in its third season and interviews filmmakers & actors in Alberta and beyond.

Learn more about Garry and his various roles and awards on IMDb. 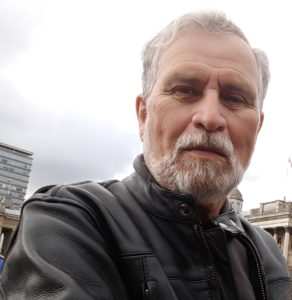 Tony has a Bachelor’s degree in Art History, with a minor in Sculpture and a diploma from the Banff Centre School for the Arts in Photography. He worked as a studio technician at the Banff Centre for Arts and Creativity.

After graduation, Tony established the Irontree Design Studio, where he designed and manufactured one-of-a-kind wrought iron furniture. He has spent the last few years developing his skills in wood block and lino printing.

Tony’s years of experience in the arts have given him a wide range of interests and knowledge to help students find their path. Marla was raised on the prairies of southern Alberta and now resides in the Alberta foothills where the inspiration for her paintings surrounds her. She is primarily a landscape painter and describes her style as contemporary realism to the abstract.

Marla paints and instructs in  acrylic, oil and watercolour, in any subject matter and all skill levels from beginner to advanced. Marla teaches in several venues including Cochrane, Calgary and Okotoks. Check out Marla’s website and view collections.

Stay Up To Date

Be the first to hear about new courses, events, and activities delivered to your Inbox.